13 min read
Understand the Telegramgate scandal in Puerto Rico, the key players, the politics and how the eventual resignation of the governor played...

You might be forgiven for not fully understanding what happened in the recent Puerto Rican protests. The whole affair moved at a blistering pace and there were plenty of motivators that all factored into the governor’s eventual resignation. The lightning quick protests shunted the sitting governor from office, prompted over a dozen high-level government officials to resign, and resulted in 3 separate governors holding office in a span of 6 days.

In August, 2019 the US territory experienced 12 days of sustained protests following the leak of an expletive-laden and derisive message chain that involved then-Governor Ricardo Rosselló along with 11 officials, aides, and close political contacts. The scandal has been called different names, including “Chatgate” and “Rickyleaks,” but is most commonly known as “Telegramgate” after the Telegram encrypted messaging app the group used.

The Telegram chat was riddled with foul and insulting language, mockery of citizens, journalists, and politicians, homophobic and misogynistic comments, and mockery of the thousands who lost their lives following Hurricane Maria. This loss of legitimacy was the tipping point for years of dissatisfaction and drove hundreds of thousands into the streets in protest.

The protests were not, however, simply about vulgar texts or bold-faced corruption. Long-standing issues had been simmering within the Puerto Rican population and had been growing for some time. The island is currently in its 13th year of recession as the economy struggles to recover with no immediate relief in sight. Puerto Rico is presently suffering from $55B in unfunded pensions, a 44.4% poverty rate, and an unemployment rate hovering around 8.5%.

Facing a dwindling economy, pervasive corruption, and a mass exodus from the island, the Puerto Rican government initiated bankruptcy proceedings in 2017. The development led the federal government to appoint the unpopular and unelected FOMB which was charged with restoring the island to fiscal sustainability. The FOMB would later implement extensive austerity measures which severely hampered public services and fostered growing unrest in the population. Rosselló’s inability to counter or effectively deal with the FOMB to stymie the steady march of austerity further eroded public confidence in his administration.

In the midst of all this turmoil struck Hurricane Maria; quite simply, one of the most devastating disasters in Puerto Rico’s history. The recovery effort following Hurricane Maria was plagued with mismanagement by the island’s government who was accused of ineptitude and corrupt practices by the general population. Originally, the government only recognized 64 deaths as a direct cause of Hurricane Maria, but follow-up studies by Harvard University and George Washington University estimated the deaths at 4,645 and 2,975, respectively. The slow recovery effort, wasted funds, and poorly distributed supplies all added to the grievances of ordinary Puerto Ricans.

Ordinary Puerto Ricans were not the only ones incensed by Rosselló’s cabinet. The closed circle of insiders in the governor’s administration largely shunned the political class that held the reins of power in Puerto Rico. Career politicians who had governed for decades were locked out of critical decision-making while rumors swirled of impropriety within the governor’s cabinet. The antagonization from the governor’s office meant that the House of Representatives had no hesitation in initiating an impeachment investigation in the event Rosselló opted not to step down.

Six people – including 2 former members of the Rosselló administration – were federally indicted under charges of corruption for illegally steering roughly $15.5 M in government contracts to personal contacts and politically connected consultants. Those arrested include:

Velázquez and Scherrer face money laundering charges and have been accused of leveraging political clout to secure government contracts; the funds for which were re-invested into illegally lobbying the Puerto Rico government. The scandal laid bare the degree of corruption in Puerto Rico, which was trudging through expansive austerity measures and insufficient public management.

Long-standing public dissatisfaction with the Puerto Rican government starts to boil over as a result. News of the arrests prompted Governor Rosselló to return to Puerto Rico from his family vacation in France to address the arrests and apologize for some of the initial leaked chat messages.

Amidst the corruption scandal hitting the Rosselló administration, the Center for Investigative Journalism, a Puerto Rican non-profit organization, released nearly 900 pages of private chats between Rosselló and his close aides on the encrypted messaging app Telegram. The chats were a window into the pervasive frat boy culture that Rosselló has engendered.

Prior to the scandal, Rosselló was often viewed as meek and unassuming – frequently referred to as a gentleman by those who dealt with him personally. The leaked chats highlighted his public perception as a spoiled brat who was unfit for the job. Amongst the most egregious comments made are:

Rosselló, already reeling from the corruption indictments from a few days prior, made a public apology for the chats and hand-waved away the issue by stating that this was a private chat and a way for his team to blow off steam after working 18-hour days. He ignored early calls for his resignation and attempted to dismiss the issue by continuing in his position.

Protests began soon after the initial corruption indictments took place on July 10th. The publication of the full chats fueled public outrage and caused protests to swell to record levels. Protests amassed outside the Governor’s mansion, La Fortaleza, where demonstrators demanded Rosselló’s resignation. Police quickly fortified the residence with barricades and riot gear as the protests swelled in size, intensity, and frequency.

Sustained protests in San Juan eventually led to violence as police began firing tear gas into the crowds. On July 16, the clashes were publicly denounced by Rosselló who accused the protestors of inciting violence and committing vandalism in the historic San Juan district. Though he issues an apology, he refuses to step down and continues to defend his position in government.

On July 17th the protests are joined by celebrities and Olympians; among them are Ricky Martin, Latin trap artist Bad Bunny, rappers iLe and Residente who join a march from the capital building to the governor’s mansion. Similarly, Hamilton creator, Lin-Manuel Miranda, attends a protest in New York. Once again, the protests are met with tear gas and riot police.

By July 21, Rosselló publicly announces he will not run for re-election and steps down as president of the New Progressive Party, but protestors are not appeased and demand his resignation. Against the backdrop of days-long protests, Rosselló’s cabinet resigns almost in its entirety.

At nearly midnight on July 24, Rosselló announces via Facebook live that he will resign effective August 2. Protestors celebrate their victory for days to come as observers determine that, with no Secretary of State, Justice Secretary Wanda Vasquez Garced is next in line to assume the governorship.

August 2, 2019 – Pedro Pierluisi Sworn in as Governor Amid Legal Challenges

As Vasquez initially rejects the position, Rosselló arranges for Pedro Pierluisi to be sworn in as governor during a Congressional recess appointment. Puerto Rican Congress strongly opposes the move; arguing that it is an unconstitutional decision by the then-governor. Lawmakers announce their intention to legally challenge the appointment in the supreme court.

The Pierlusi appointment is challenged by the Puerto Rican Congress and the Supreme Court deems it unconstitutional and overturns the decision. As Pierluisi is removed from government, Justice Secretary Wanda Vasquez Garced is sworn in as Puerto Rico’s interim governor on August 7, 2019.

5 ways to increase retention in a millennial workforce

Millennials are the … Read...

How effective networking can help you find the ideal job

Searching for the … Read...

Being a successful … Read... 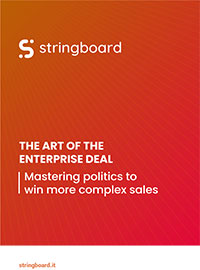 The Art of the Enterprise Deal: Mastering politics to win more complex sales